Today we have a guest to AffirmingGender.com, Nicholas Black, Education & Resources Director of Harvest USA. Nick gives us a very thoughtful and helpful analysis of one of the articles in the recent National Geographic issue on gender. Here’s Nick… 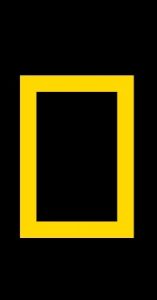 Ever since I was a kid I have been a long-time reader of the National Geographic magazine. So I was both intrigued and concerned when the
January 2017 issue, “Gender Revolution,” arrived. How would the story on gender and transgender be told, with an objective analysis or a subjective slant? On the cover was an elementary-aged transgender girl, with the caption reading, “The best thing about being a girl is, now I don’t have to pretend to be a boy.”

I got my answer.

I don’t want to criticize National Geographic for producing this issue. After all, these issues are in the forefront of our news and culture. But the magazine seems designed to lead the reader to the conclusion that gender is up for grabs, with no essential connection to our bodies.
That’s a deeply mistaken notion. But what’s most tragic is seeing where this viewpoint has led—that we let even the youngest children make life-altering decisions that will lead them to steadily transform and even mutilate their bodies, with parents and other adults encouraging them onward. Our hearts should feel for how these children struggle with their sense of self, but we should grieve even more for the kind of help they are being offered.
The main article, “Rethinking Gender” by Robin Marantz Henig, is the one to read carefully. It is well-written, but unless you read carefully, you might walk away thinking, yes, science is indeed showing us that the normative gender binary has been all wrong.
Henig starts out writing about the complexities of intersex situations. Intersex conditions have long been seen by the medical establishment as disorders of sex development. In other words, something has gone wrong in the fetal development of the child.
Henig, however, makes a connective leap from intersex to transgender, slipping in a paragraph that mentions Caitlyn Jenner becoming a trans woman. Here’s the paragraph: 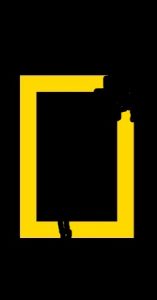 As transgender issues become the fare of the daily news—Caitlyn Jenner’s announcement that she is a trans woman, legislators across the United States arguing about who gets to use which bathroom—scientists are making their own strides, applying a variety of perspectives to investigate what being transgender is all about.

Step back and notice what has happened here. Henig has linked here the complex issues about intersex conditions to someone being transgender. The reality is, these are two very different things. Jenner’s transformation has nothing to do with being born intersex.

Henig casually drops hints that, indeed, something more than science is driving this phenomenon. She writes about a 14-year-old girl: “She’s questioning her gender identity, rather than just accepting her hobbies and wardrobe choices as those of a tomboy, because we’re talking so much about transgender issues these days” (emphasis added). Did you catch that? So much of what these children are struggling with is how to fit into cultural roles of gender, many of which change from one generation to another. How did we go from an ongoing generational discussion about gender expression (or roles) to encouraging children to alter their bodies to fit into those roles?

What is driving the issue of transgenderism and its acceptance is not scientific research (yes, let’s support legitimate scientific inquiry into this issue), but a dominant cultural idea that trumps science and a view that truth is only found through individual stories and experiences. 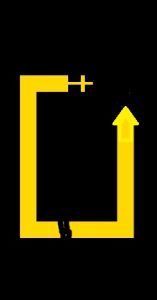 This personal-truth-for-me culture is seen in a photo of a six-year-old boy who describes himself as “gender creative” yet is described in a caption as “very sure of who he is.” A six-year-old who knows with certainty who he is? Childhood is the journey in which young boys and girls wrestle with who they are, with adulthood granting the clear understanding of themselves and the world in which they live. Now we think children are wise enough to short-circuit that process by more than a decade.
By all means, read the National Geographic article. But read it carefully. And don’t mistake the editors’ agenda for science.

What did you think of National Geographc’s take?